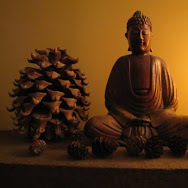 Ole Dammegard joins the world Beyond Belief to discuss his recent appearance at the Open Mind Conference in Amsterdam, his take on the Bilderburg Meeting which just concluded, a book project collaboration just released called And They Didn´t Go To The Moon Either, Did They?, the coming US election, the Holocaust, Operation 40 and the Full Circle Project. As always the discussion is informative, uplifting, and inspiring. Be sure to tune in.

The World Beyond Belief is hosted by Dr Paul Marko, author of Belief Magic available from Amazon.com orhttp://pineconeutopia.wordpress.com

← Bridges programming – The Pope tells it like it is!
Sunday on the Front Stoop – More on Pope Francis and his encyclical →