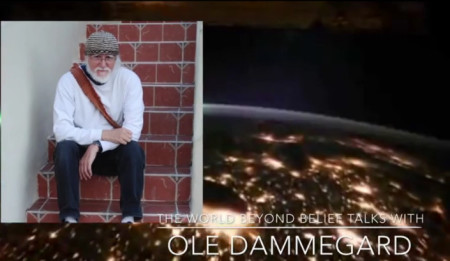 Ole has just returned from his whirlwind tour of Northern Europe where he lectured and continued to investigate some of the biggest hoaxes of recent history.  He synopsizes his travel and explains some of his unusual encounters.  Ole demonstrates through his actions and interactions some ways in which he tries to lighten the world through his presence.  He also delves deeply into the mysteries surrounding the Copenhagen shooting and ties it into the patterns he has seen in false flags and other observations that he has made throughout the world during his many investigations.

This is an in-depth interview but one that will hold your interest because of unique insights and helpful observations.  Please visit Ole’s site to help support his on going research at lightonconspiracies.com. And for more information visit our blog: pineconeutopia.yolasite.com and our BlogTalk radio archives for more interviews and episodes of The World Beyond Belief. The World Beyond Belief is hosted by Paul W Marko, Ph.D. author of Belief Magic: Decoding the Belief Matrix and The Postconventional Personality (Assessing, Researching and Theorizing Higher Development).